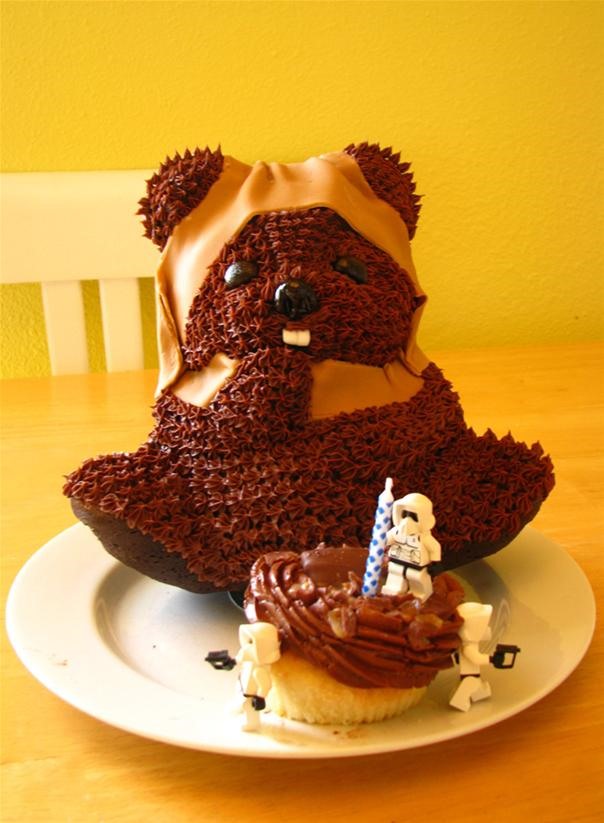 "This is the birthday cake my wife made for me this year. We have a teddy bear cake pan that hasn't been used much so I suggested making it an ewok from Star Wars for me this year. She did all the work of baking the cake and decorating it, but it was MY idea. =) The store bought cupcake with the LEGO scout troopers was her idea. A candle sticking out of the top of the ewok's head wouldn't have looked right."

Want to master Microsoft Excel and take your work-from-home job prospects to the next level? Jump-start your career with our Premium A-to-Z Microsoft Excel Training Bundle from the new Gadget Hacks Shop and get lifetime access to more than 40 hours of Basic to Advanced instruction on functions, formula, tools, and more.

By far the coolest cake ever! Ewok?! Yes please!